A Valentine, Taking A Break, and Discovering 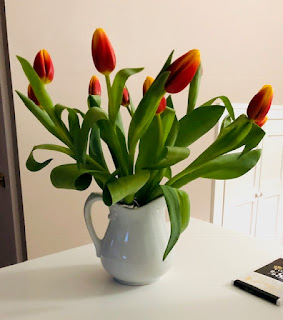 I've been working on pieces for an exhibit at the Gallery Uptown in March.  Two of the pieces are almost done, the third one is giving me fits  This isn't it but it's similar in that the exterior part of the pieces acts as a mat for the 2"x2" piece in the center.  The 2"x2" piece for the other one is done, it's the rest of it that is giving me fits. 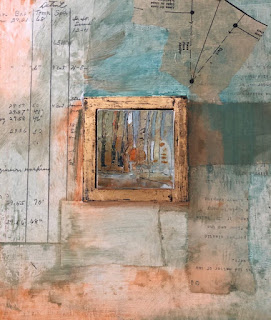 So I decided to take a break and go back to clearing clutter.  "One of the advantages of being disorderly is that one is constantly making exciting discoveries."  A. A. Milne  That quote hangs on my bulletin board because it's truth.  And this session of sorting was no exception.  I found another collage sketchbook that I had started back in October..  Just practicing design like the one I'm working in now but with some parameters. 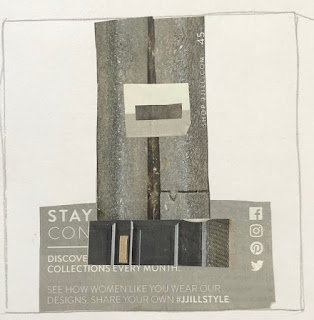 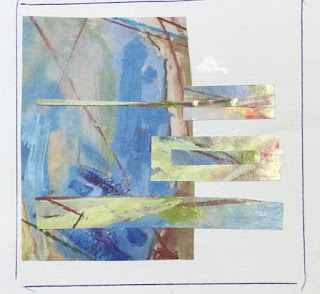 The blue one was in the sketchbook, this one I added yesterday 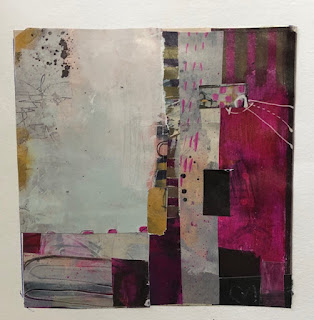 Use a photo for reference 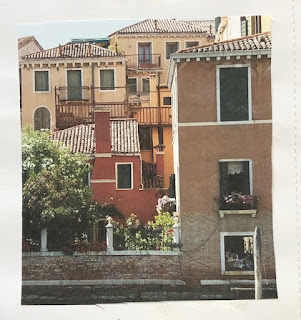 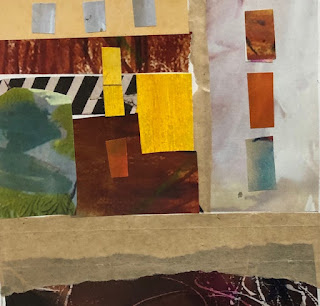 So now I have two to play in, maybe alternate my dailies.... but right now, one more day of sorting, then back to work on that last piece for the exhibit.

Posted by Helen Percy Lystra at 9:07 AM

I'm catching up on what you've been posting. Sorry to hear that your husband hasn't been feeling well. I hope that his condition has improved. I like your textured post! I think texure calls to me right after color. lol Great to see you are still going strong with the WDE. Now that I meet with the NYC Urban Sketchers on the weekend I just don't have the time to check that out. Good luck with your pieces for the show.